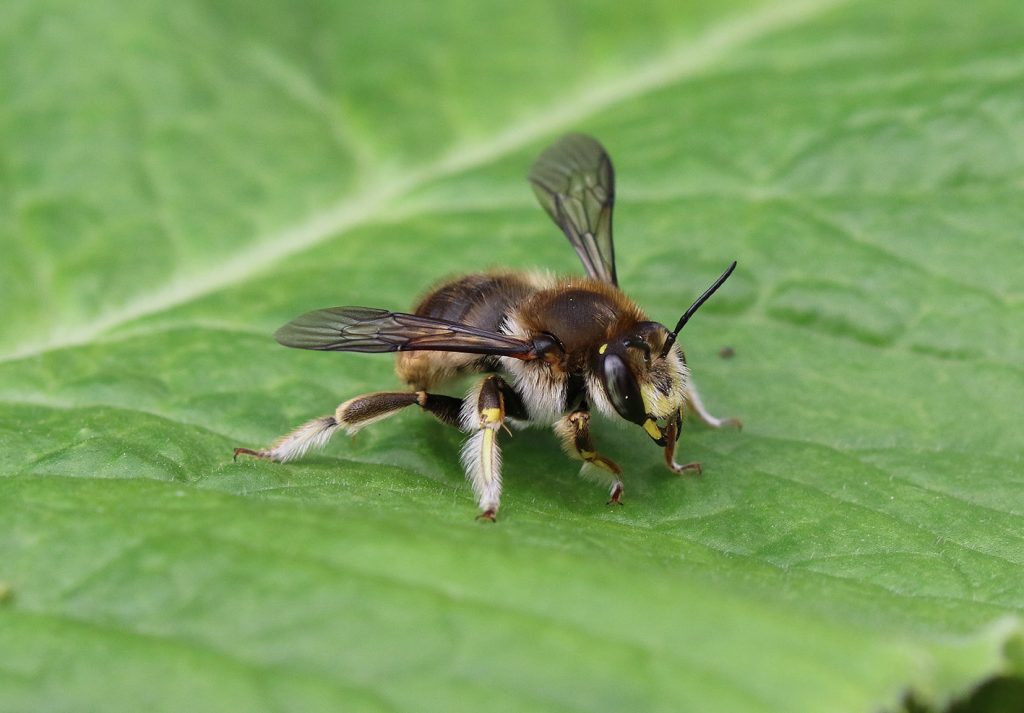 The Aculeate Hymentoptera (Bees, Wasps and Ants) has been relatively poorly studied in the region. An book published in February 2021 by the society, describes the current status and distribution in Lancashire & north Merseyside. The article below is referred to in the book but was not printed due to space limitations.

A History of Aculeate Recording in Lancashire

The first account of aculeate Hymenoptera for Lancashire was “A list of the Hymenoptera-Aculeata so far observed in the counties of Lancashire and Cheshire: With notes of the habits of the genera” (Willoughby Gardner, 1901). Dr.Willoughby Gardner was born in Tranmere, Cheshire (now Wirral) in 1860 and had a wide range of interests / specialisms which included archaeology (for which he was best known – especially study and excavation of hill forts), entomology and numismatics (study of coins / currency). He retired at an early age due to ill health and moved to Deganwy in North Wales, continuing to collect aculeate Hymenoptera in the surrounding area.  The account was comprehensive in its coverage of aculeate groups – bees, wasps and ants – in the region but had very strong (and understandable, given limitation to travel) recorder bias based on where the recorders of aculeates lived whilst collecting insects. The majority of records (based on the observations of key recorders at the time) are for Chester (and surrounds), northern areas of Cheshire, Greater Manchester (southern areas – especially Stockport), Wirral and Southport – records from further afield are rare. There are no records for most areas covered by the current Atlas although the account is nonetheless useful in indicating the status and distribution of many insects in the region up to its date of publication. Some species mentioned in the account are now extinct in the region and/or much declined nationally and as nomenclature has since undergone so many changes it is sometimes difficult to interpret species information accurately.

The earliest recorders to the aforementioned first account by Willoughby Gardner included B. Cooke, H.H. Higgins and J.R. Hardy – these entomologists were notably active in the early to late 1800’s and early 1900’s.  Benjamin Cooke (who died in 1883) – for several years’ president of the Northern Entomological Society and later president of the Lancashire and Cheshire Entomological Society – provided many of the specimens and records upon which Willoughby Gardner’s account was based. Cooke’s collection of aculeates was left to Bolton Museum – although nearly all the specimens bear dates (mostly 1860’s) they cannot be directly linked with published records which bore localities but not dates. Other specimens and records from this period were lost from Liverpool Museum in 1941 (WW II bombing).

Many 1920’s – 1950’s records for Lancashire (most of these are lodged with GMLRC, Merseyside Biobank and Manchester Museum) are associated with Harry Britten, fellow staff and co-workers at that time. Although H. Britten was a highly respected entomologist and many of his records are correct (Carl Clee, pers comm.) he was not an aculeate specialist (Steve Garland, pers comm.) so as many specimens from this time, particularly of notable species, have been checked some records may be errors. Steve Garland has checked much of the Manchester Museum material of wasps (Crabronidae) and ants from this time and Carl Clee and Ben Hargreaves have also checked many aculeate specimens (in Liverpool and Manchester Museum). Harry Britten and associates collected throughout Lancashire, though particular focus was given to the dune areas (many of his specimens are labelled “Freshfield”, which is thought to refer to the general area of Formby rather than Freshfield specifically – Phil Smith pers.comm.).

There are a notable lack of records following Harry Britten’s death in 1954, with few records from this period until the mid-1970’s. The few records that do exist in this period for Lancashire are concentrated on Liverpool and Sefton coast localities and some are linked to Liverpool Museum curators of the period including W.K. Ford and affiliated workers. Although the Manchester Museum curator W.D. Hincks and museum associates such as G.S. Kloet collected a large volume of Hymenoptera specimens between 1940’s – 1960’s much of this contained material from Yorkshire and further afield and the vast majority of these specimens were sawflies (Symphyta) and smaller parasitic Hymenoptera (non-aculeates) of various families.

Most of the records – mid-1970’s to 1980’s – from Sefton and Blackburn / East Lancs are down to the intensive work of W. Kenneth-Booker. W. Kenneth-Booker was a respected recorder of aculeates and the majority of his records are verified / considered accurate – his collection of 1,963 aculeate specimens was acquired in 1995 by Manchester Museum. R.R. Askew of Manchester University Zoology Dept. (and an affiliate of Manchester Museum) reviewed Lancashire and Cheshire records and specimens of Pompilidae (Spider Wasps) in 1980. Alan Brindle – Keeper of Entomology at Manchester Museum – also collected a number of aculeates from the late 1960’s until the early 1980’s, mostly social bees (Bombus) and social wasps (Vespinae) from the East Lancashire area.

Derek Bunn has studied the occurrence and biology of social wasps (Vespinae) throughout the region (1980’s until present) – with particular emphasis on East and North Lancashire.

The Plan Bee project has contributed records from 2012 – 2018 (with some addition of records in early 2010 / 11) from surveys in areas of Merseyside (notably St. Helens, Sefton) and West Lancs (notably Skelmersdale, Dalton) and East Lancs. Barry Brigden has recorded in Fylde in recent years. Steve Priestley (bees and wasps) and Alan Porter (solitary bees) have recorded intensively in areas of Central Lancashire / borough of West Lancashire (V.C. 59) in recent years and Peter Gravett has studied Bombus, especially in the West Pennines and Central Lancashire areas.

There has been a huge surge of interest in bees since the publication of a Field Guide to the Bees of G.B. and Ireland (Falk, 2015) and a subsequent spike in recording (particularly field recording – photography) of bees throughout Britain, with Lancashire no exception. More recent recorders have included Allen Holmes, Mike Foley, John Wright, Phil Smith and Pete Kinsella. Field identification is a modern concept for Hymenoptera – in contrast to other popular insect families such as Odonata and Lepidoptera. As an example, approximately a third of british bee species can be identified confidently in the field – the remaining species require study of immobile insects using a microscope and identification keys. All wasps and ants remain under-recorded, a situation unlikely to change as in contrast to bees there are v. few field-identifiable species. Many areas – urban and rural – within the coverage of this checklist.

“A list of the Hymenoptera-Aculeata so far observed in the counties of Lancashire and Cheshire: With notes of the habits of the genera” (Willoughby-Gardner, 1901).

Greater Manchester Local Record Centre (GMLRC); all records up to 2015

Merseyside BIOBANK (MBB); all records up to 2017

Lancashire Environment Record Network (LeRN); all records up to 2017